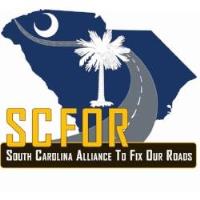 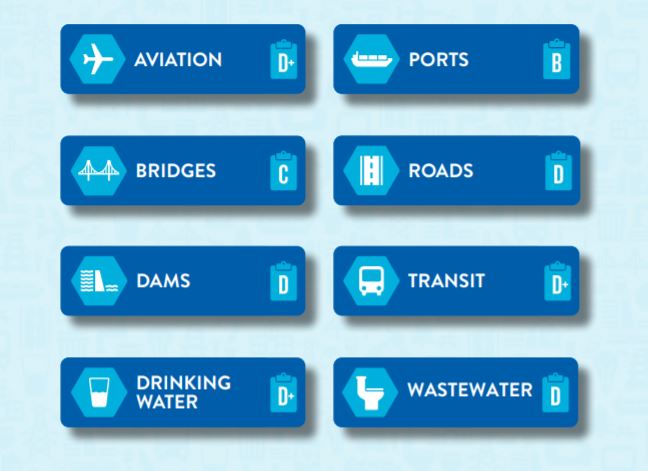 “This cumulative grade is reflective of the data available to us, and with so much growth and new projects underway throughout the state could surely improve if we keep our foot on the gas,” said Jonathan Thrasher with ASCE.

The group said that funding is one of the key issues the state faces right now. They feel more federal funds are needed to raise the grades and improve safety.

“Unfortunately, South Carolina’s transportation network is struggling coping with significant funding backlogs which have resulted in subpar conditions across the sector,” said Thrasher.

The brightest spot the group reported for South Carolina is its cargo ports, particularly the harbor deepening at the Port of Charleston to accommodate larger ships and the opening of the Hugh Leatherman Terminal. Legislators are looking to make further investments at the Port of Charleston by adding near-dock railroad access and barge operations.

The pending federal infrastructure package (IIJA) and the one-time federal dollars available to the state from the American Rescue Plan (ARP) offer significant opportunities for the state to invest in infrastructure.

Passage of the IIJA would result in South Carolina seeing a boost of approximately $250 million annually. In addition, the one-time federal dollars from the ARP provide the state with a unique opportunity to invest state and local dollars in water/sewer projects and road projects.
Last week, Governor McMaster announced he would like to see $360 million of the ARP funds go towards widening parts of I-26 between Charleston and Columbia.

Spending ARP money on the I-26 widening would buy time and accelerate this project by roughly six years, and ultimately bring the other rural interstate projects in the pipeline to fruition sooner. It would also pair nicely with the ongoing investment in the SC Ports.

Special subcommittees in the House and Senate have been tasked with vetting ARP funding. Legislators are expected to return later this year to determine how funds are spent.

SCDOT Issues Response to the Annual Infrastructure Report Card
Earlier this week, the South Carolina Section of The American Society of Civil Engineers (ASCE) released its 2021 Report Card of South Carolina's Infrastructure. The report utilized data from 2-3 years ago regarding the physical condition of the state's roads and bridges and combined that with several other factors, including additional needs for investment, in order to generate the score for South Carolina. While even this aged road data shows South Carolina slightly ahead of the National score for roads, it also underrepresents the improvements made since the passage of the state gas tax increase. Secretary of Transportation Christy A. Hall issued this statement on Thursday, September 9, 2021, in reaction to the report.

"During the past five years, our state leaders have made significant new investments in repairing South Carolina's roads and bridges, which have suffered from 30 years of underfunded maintenance. As promised under its 10-Year Plan, SCDOT is resurfacing aging roadways, replacing and rehabilitating structurally deficient bridges, widening key portions of our interstates, and making our most dangerous rural roads safer. While ASCE's pavement condition rating of our roads is based on 2018 data, SCDOT continues making significant progress each year. In fact, we're ahead of schedule in delivering needed improvements to the state's transportation network.

"We're addressing road quality, but we still have work to do in addressing congestion, especially off of the interstate system. South Carolina is the 10th fastest-growing state in the nation and our infrastructure needs to keep up with that growth to continue our prosperity. The discussion on infrastructure in Washington is timely and much needed. The additional federal funding being considered could mean an additional $250 million in federal funds per year to SCDOT to address congestion and additional repairs. This would require approximately $100 million more in state funding per year to match and fully utilize all of the new federal funding.

"In addition, we hope state leadership will allocate significant one-time federal American Rescue Plan Act monies to widen all of I-26 between Columbia and Charleston. This would slingshot this critical project forward. 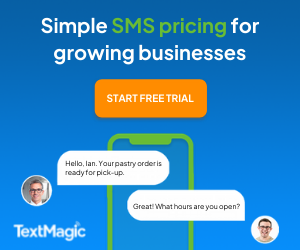